How Did You Do THAT??? Charlie Fass aka Mister Illusion is asked

This is a question I often get asked.  This article I found this morning gives a good answer. 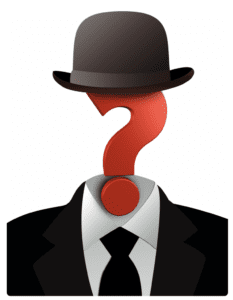 How Did You Do That?

The Fact Is You Really Don’t Want to Know.

“How did you do that?”  As a magician, that is without a doubt the question that people ask more than any other.  Honestly, for many of them it is really a compliment on how I entertained them during my show, or act.  A way of thanking me.  For some it seems to be an acknowledgement that they were fooled, or that somehow, I bested them in some sort of mind competition that I was not aware that we were playing.

Yet for others it is so much more than that.  It is the denial that there is something that they cannot figure out.  That another human being could do something in such a way that they are not able to reverse engineer the process.

To be honest, I take no joy in fooling you, I do not set out my evenings to see how many people I can outsmart or outwit.  My happiness comes from the sound of the laughter, and applause.  It is in those moments that I know that I have fulfilled my dream, and achieved my goal.

As a magician, the my most valued moment comes in the knowledge that I entertained you, even if just for a moment.  In that moment, I am no different than the vocalist that sings a song that makes you remember someone near and dear to your heart, or the comedian that makes you laugh at their view of the world, or even the actor or actress that portrays a character so well that you either love or hate them for it.

As an entertainer, the audience is everything to me.  As a volunteer on stage, you are not to be made fun of or ridiculed, but to be treated with respect.  To try to fool or swindle you would be to insult every audience member, you are the eyes and the ears of the audience.  You there so that you can ensure that everything is on the up and up, fair and square.

I do not profess to have any super powers, but only a secret wish.  My wish for you is the ability cast a shadow of doubt on your perception of reality.  If only for a moment, to allow you live in the moment where the impossible becomes possible, and fantasy becomes reality, to cross that line between fact and fiction.  To share with you the secret of how it is done would truly rob you of that special moment.